In 1947, E.S. Wagner Company was founded by the father and son partnership of Lewis F. Wagner and Lewis E. Wagner.  Together, they embarked upon a venture that would grow to become the highly respected highway and heavy construction company of today. A four-generation company, E.S. Wagner has been led for more than the last forty years by president and CEO, Lewis “John” Wagner and is poised to continue as an industry leader well into the future under the fourth generation of family leadership by John C. Wagner.

Seventy-five years ago, an individual’s word had value, integrity was essential, and pride came from a job well done.  These simple principles drove E.S. Wagner’s founders and remain the code of the company’s current team of professionals.

What is the secret of E.S. Wagner’s success? What accounts for the company’s growth from humble beginnings? One answer – our people. We are grounded in the belief that our people make all the difference.  Our client, project, and equipment lists are impressive, but nothing is more impressive than the accomplishments of our people.

As members of E.S. Wagner Company, we’re proud of our past and excited and optimistic about our future.  From an ambitious local partnership concentrated in northwest Ohio, we have evolved into a highly diverse multi-regional contractor with offices in Ohio, South Carolina, and North Carolina. Applying the core values and business philosophies inspired by our founders and instilled in us daily for our seventy-five years, we have consistently provided both public and private sector clients with work that has exceeded their expectations.

At E.S. Wagner Company, we embrace the changing environment in the construction industry because we understand that: challenge creates opportunity; decades of experience leads to innovative and creative solutions; honesty and integrity still prevail; our people are what set us apart.

As we celebrate our seventy-five year past and look to our exciting future, E.S. Wagner Company’s mission to be a “Motivated and Visible Team of Professionals striving for excellence in the field of construction” remains the same. 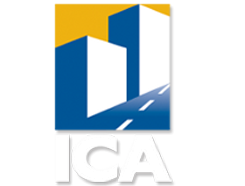 In the late 1950s, Lewis “Whitey” Wagner visited the CAT Factory in Peoria, Illinois and investigated a new D8 dozer while it is on the testing pad.

In the driveway of the family home, Whitey Wagner stands on the first front end loader owned by the E.S. Wagner Co. A spare bedroom served as the first office for the company and all equipment was parked in the alley behind the house.

Whitey Wagner operated an HT4 CAT Loader with an Ottawa backhoe attachment at a project site on Bayshore Road in Oregon, Ohio, in the late 1950s.

In May 1962, Whitey Wagner worked on a project for Ashland Oil. He not only oversaw the project but also performed some of the work himself.

John Wagner employed a D7F Dozer with a CAT 70 Pull Scraper for a project at Hunt Wesson Foods in 1973.

E.S. Wagner Company completed work on a U.S. Army Corps of Engineers project along the shores of Lake Erie at West Harbor (Marblehead, Ohio), in the mid 1980s.

Lewis J. Wagner and John C. Wagner attended the groundbreaking for the I-475 reconstruction project in Toledo, Ohio in the summer of 2010. Over the course of three years, approximately 3.5 miles of heavily traveled highway was reconstructed and an interchange was added to service Promedica Toledo Hospital. Construction also included nine bridges, eight retaining walls, and the total replacement and widening of the existing interstate all the while maintaining traffic.

John C. Wagner served as the Project Superintendent for E.S. Wagner’s 2002 project at the Greater Cincinnati/Northern Kentucky International Airport. This work was constructed during a historically harsh winter and upon completion, the airport’s representative complimented E.S. Wagner saying "it was a pleasure to work with a contractor that simply refused to fail.”